Vote no on the tree ordinance (Brighton Twp) 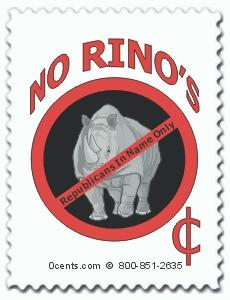 Officials stand pat on tree ordinance - Board of Trustees, Planning Commission decide to not alter measure until after Nov. 8 referendum
By Jim Totten
DAILY PRESS & ARGUS

Opponents and supporters of a controversial tree ordinance in Brighton Township do agree on some issues, an indication the two sides may be able to reach some middle ground and create a tree preservation ordinance that isn't so divisive.

Both sides believe the existing ordinance needs changing, although opponents would prefer to have the township toss out the entire rule and begin work on a new one. Both sides believe officials should hold off making any changes until after a townshipwide vote Nov. 8 on the issue.

Thanks to the Brighton Twp Supervisor Mr. Prine and a group of RINOS on their board, this proposed tree ordinance did nothing but cause clearcutting on their property since the ordinance was so restrictive. The RINOs were Prine, Bolin, Doughty, and Winship. Harmon did not vote. Slaton and Murphy were not RINOs and deserve kudos for their no votes.

For more information on the referendum, go to the Care for Brighton site

We should be able to cut all the trees on our property! Who are these people who tell us how to live! This is America we are free to do as we please with our property.
Okay, not with our bodies, but our trees!
Okay we need to have the 10 Commandments in our schools so our children can get the proper relgious upbringing in schools, because as parents we may not be getting the job done.
But doggone it. I want to cut, drill and shoot all I want, and no one better get in my way!

I am tired of these gas prices. Why don't we just attack Saudi Arabia and get it over with. I was shocked to hear our President use the word conserve! Before we know it he will be wearing sweaters like Mr. Rogers and Jimmy Carter.
Where's Dick Cheney when we need him?
We will be okay in Michigan with Chris Ward looking out for the Latson Road interchange. Now that's what I can really get excited about, pork.
Mike Roger's trying to get that Great lakes amendment in about drilling, so when we finally get another pro business person elected like John Engler, we can begin to drill again, ah, those were the days, eh?

OK. Why would a homeowner want to cut down a bunch of trees on his or her own property - without replanting them with other trees.

I'm all for reasonable and common sense conservation. I'm a hunter and a fisherman, and have more knowledge of the environment than most of the concrete jungle yappers on this.

This tree ordinance is not the right way to go. It's just some big government plan by an organization which is strayed far from its roots.

MUCC I support. Sierra Club I do not.

Most people don't have a 2.5 acre yard. Do you think tress should be protected? Yes or no?

I thought you gun nuts claim to be the real environmentalists. You show your true colors here, pal. I haven't decided if you're a gun nut libertarian wacko who hates government, or just a political hack(and a dangerous one).

I hope your referendum effort fails worse than the Chimp-in-chief. I just wish I wasn't in Webberville so I can stop you.

Vote Yes and Vote Feingold in 08.

I will give you credit for the county profiles here though. That is good work.

Even if your politics are out in right field.

For those of you who think this ordinance is a good idea, read it. It literally prohibits ANY clearing which is defined as "Disturbance of the existing topography and...vegetation cutting or removel." Folks, you can't weed your garden under this ordinance. I'm all for a reasonable ordinance that prohibits massive clear cutting. Having to pay over $8,000 in replacement costs for cutting a single tree on my own property is insane.