The good news with MI-02 is some of the bleeding here has stopped from McCain’s absolute cratering here. The bad news is that Romney’s vote spread here is about 30,000 less than Bush’s. That’s better than 65,000 vote spread difference from McCain. There’s a lot of work that needs to be done here. West MI is growing more than East Michigan and it will take more than just the Dutch population here to win enough to win statewide. This district is safe. Ottawa County can almost carry the entire district on its own. 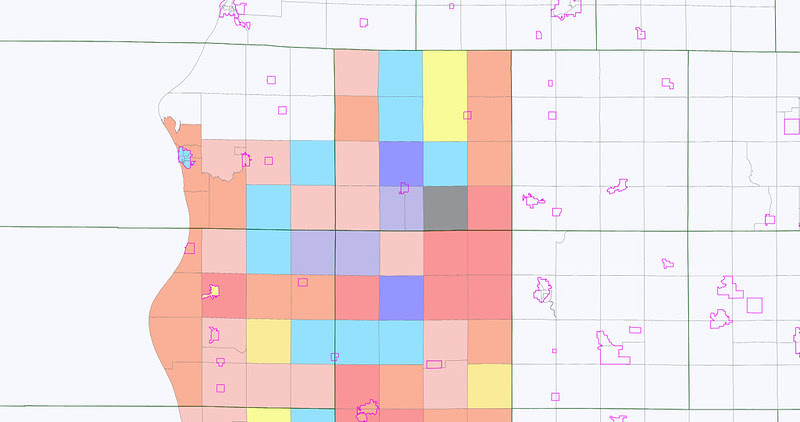 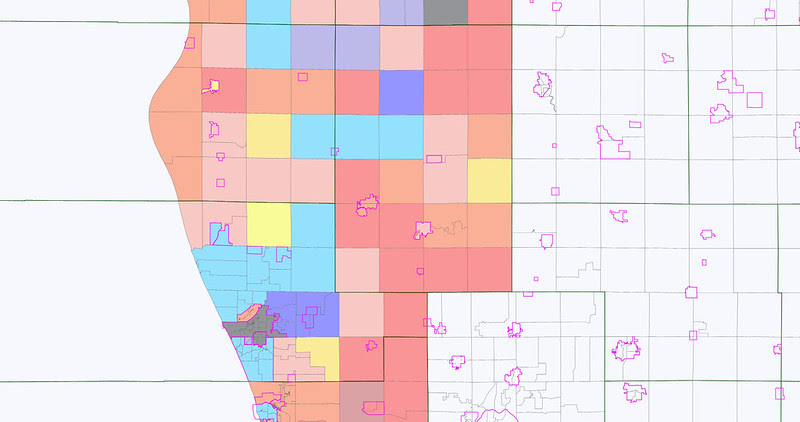 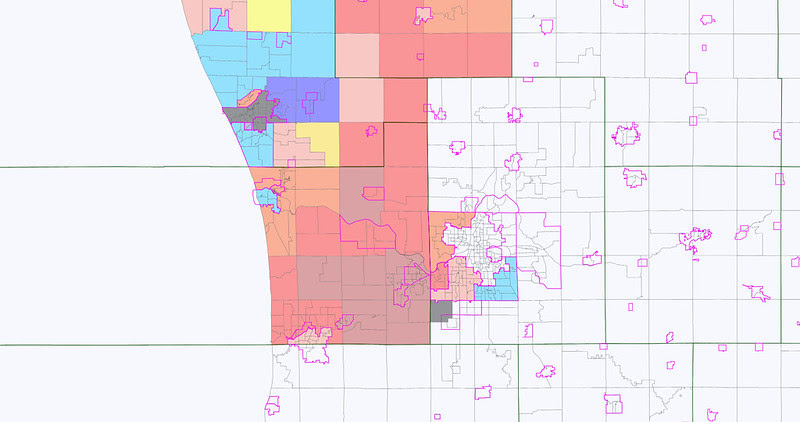 The Southern Part of the District, you’ll see the major population centers and some big contrasts with Blue Muskegon and Red Ottawa Counties.

Muskegon County is the forgotten dem stronghold in this state. It’s the union HQ in West Michigan and the cities of Muskegon and Muskegon Heights have a large minority population. One scary aspect is that Romney had less raw votes in Muskegon, Montague, and Muskegon Heights than McCain. While the dems dropped more in Montague raising the percentage from 41.31% to 45.71%, Muskegon Heights stayed 96.43% Dem, and Muskegon went only down to 77.52% from 79.45%. Bush held the dems to 92.24% and 71.25% in the Heights and Muskegon itself.  The county outside of the two Muskegons leans blue, but Bush won it in 04. McCain was smashed both outcounty and in the city, and Romney lost it by a smaller amount. The good thing is that Romney cut McCain’s overall vote deficit by over 10,000 to 13552. Bush had it down to 8980. The good news is that Ottawa County can trump even a bad whooping in Muskegon.

Oceana County has a large Mexican population, but doesn’t impact it the same way as it does in Holland or Wyoming. Some of the bluest areas there are white. Colfax and Elbridge Twps are impacted with the percentage drops, but the overall percentage is about the same as Bush 04. Some areas moved to the right and some left, but it evened out. Alarmingly (whether it be due to population loss or other factors), Romney had less votes than McCain in Colfax Twp, Hart, and Shelby Twp (not to be confused with Macomb County’s Shelby Twp). Despite that, Hart and Shelby Twps flipped back to the R’s due to the dems losing more votes. The dems lost 220 votes in Shelby Twp and 90 votes in Hart.

Newaygo’s a safe R county usually in the upper 50’s overall, but had a few blue patches in it. Merrill Township has a sizable black population and keeps it consistently about 62% D.  The area around Hesperia (both Oceana and Newaygo) is dem as well along M-20. Romney had less votes than McCain in Barton Twp (despite 66%), Beaver Twp, Croton Twp (still flipped it and got it with 55%+),  Everett Twp (still flipped it), Home Twp, Lincoln Twp, Merrill Twp, Monroe Twp, Norwich Twp, and Wilcox Twp. Despite that, he improved McCain’s percentage in all of those areas. Raw votes matter more than percentage though.

Lake County is consistently dem around 52-55%. Much of it swings, but the Baldwin area townships (esp Webber Twp bordering Yates) and Yates Twp (81%) are hardcore dem. Idlewild (Yates Twp) was a planned resort community for blacks during segregation times. Baldwin is the nearest town as well so those areas influence the vote. Luckily for R’s, it’s too small to matter. Lake County overall has 5200-5300 voters compared to Newaygo’s 21000+ voters.

Finally Mason County is competitive, and largely not strongly blue nor red. Bush did quite well there and didn’t lose a single part of Mason County that was in the 2nd District. McCain cratered there. Romney won it, but by ½ of the vote spread of Bush. Ludington has a bit of a likely Chicago resort influence. Hopefully this will rebound some with Obama out of office. We should be getting 55%+ here.

Overall this is a safe district due to one county’s domination. However, the key in these districts aren’t to win them. In a place like Ottawa County, anyone with an R by the name would win barring a shocker. The goal is to win big enough to give candidates a good chance at winning the state. This district needs to be 60%+ every year.