Update 2014 - Conyers is running again and facing Horace Sheffield in the primary. I'm not sure which one is worse here. Conyers is at least old and will be gone soon. At least people will have a choice here.

Notes – Dearborn Heights reprecincted. District has about 55% of Detroit. Detroit is slightly over 50% of the district votes. Detroit went 96% and 97% for Obama so I didn’t break down the precincts. I took the entire city vote and split it 55/45.

This district is a VRA district which requires it to have a black majority. That’s one of the big reasons why the 13th and 14th districts have odd shapes. This district is solely in Wayne County and covers a path between Inkster and Romulus to Ecorse and River Rouge through Detroit. 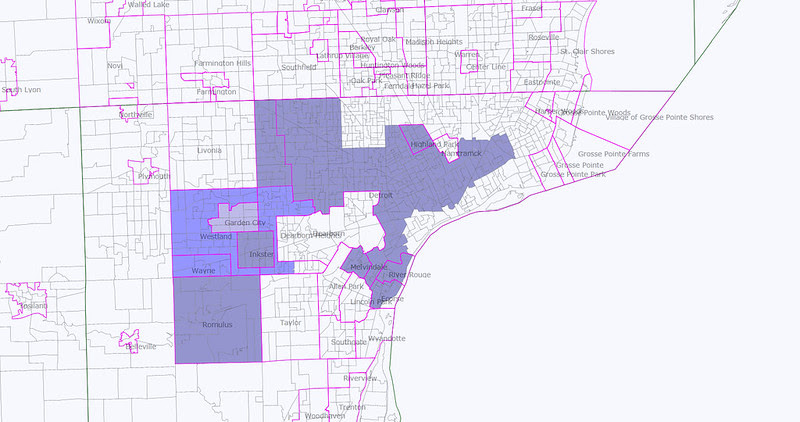 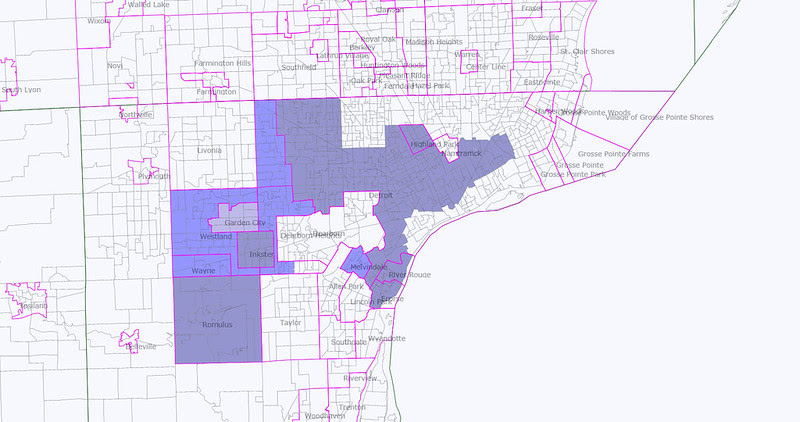 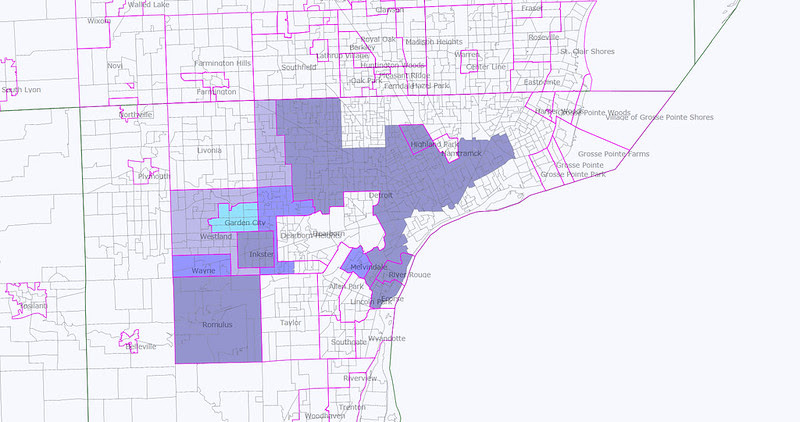 Starting on the SW end, Romulus is the home of Detroit Metro Airport. It’s safe democrat and has been as long as I remember. It’s long had a large black population, but it’s close to 50/50 today.  It’s gone over 70% dem the last three elections, lately 78 and 79%. Obama did better here in 2012 than 2008. Next door is Wayne and Westland. Those are both heavily union, either UAW or Airport workers. They are both about 17% black, and in Westland’s case, heavily increasing. East of Westland is Inkster and Garden City. Garden City is still overwhelmingly white and union. It’s consistently 54-58% democrat. Inkster is and has been majority black. It’s gone from 88% dem in 04 to 94% dem today. Romney did worse than McCain in all of these areas.

East of there is Dearborn Heights. Most of it is in this district. Romney did worse than McCain here as well. It’s white, but less so than it was, especially as the Parkland and Warrendale section’s of Detroit are emptying out.  North of there is Redford. Redford Twp has gone from being competitive and “conservadem” as recently as the 90’s to 57% Kerry, 66% Obama 08, and 70% Obama 2012. Migration. A lot of the Irish and Polish there are moving out, and a lot of Detroiters are moving it. It was 28% black in 2010. It’ll be black majority by the end of the decade.

South of Detroit is Melvindale, Ecorse, and River Rouge. All three have long been democrat strongholds due to both labor and minorities. Ecorse and River Rouge are majority minority with a black plurality. Obama did better in all three areas in 2012 than in 2008. Melvindale went 72% for Obama, and the others went about 90%.

While Conyers runs slightly behind the ticket, this seat is likely his until he retires or dies in office. He survived a credible primary opponent in Glenn Anderson despite Monica Conyers being behind bars. He’s safe. There’s a long bench for this district if it opens up for the dems.