2014 Update - Hansen Clarke came in on filing deadline wanting his old job back. He's got two strong opponents both from Southfield in Rudy Hobbs and Brenda Lawrence. Interesting last name for the Republican here. I wonder if Christina is related to John. That's not all that common of a last name.


Notes  -West Bloomfield reprecincted. District has about 45% of Detroit. Detroit went 96% and 97% for Obama so I didn’t break down the precincts. I took the entire city vote and split it 55/45.

This district is a VRA district which requires it to have a black majority. That’s one of the big reasons why the 13th and 14th districts have odd shapes. This district starts in SW Detroit, moves NE to pick up the Grosse Pointes and Harper Woods, goes west along 8 mile area to Royal Oak Twp and Oak Park in Oakland County, Picks up Southfield and Farmington Hills, and then goes up to Pontiac. 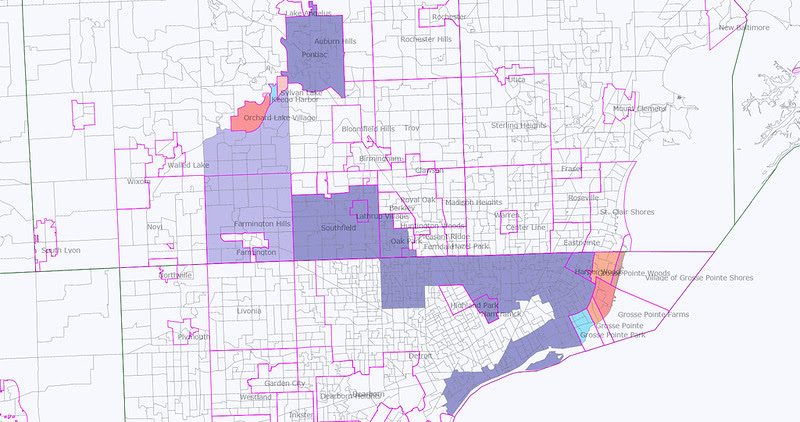 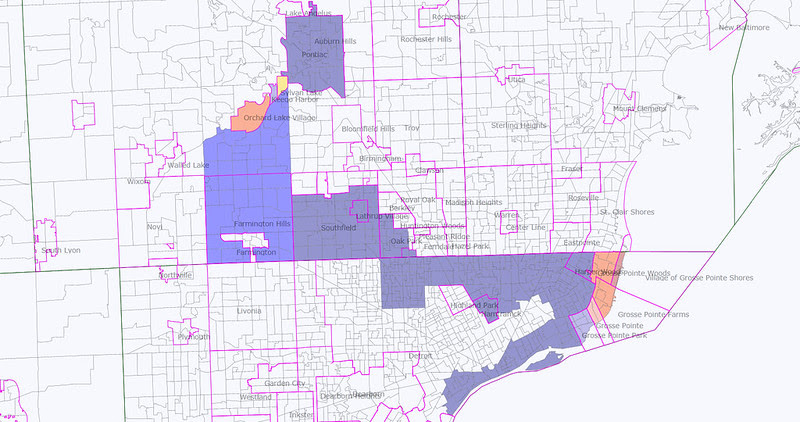 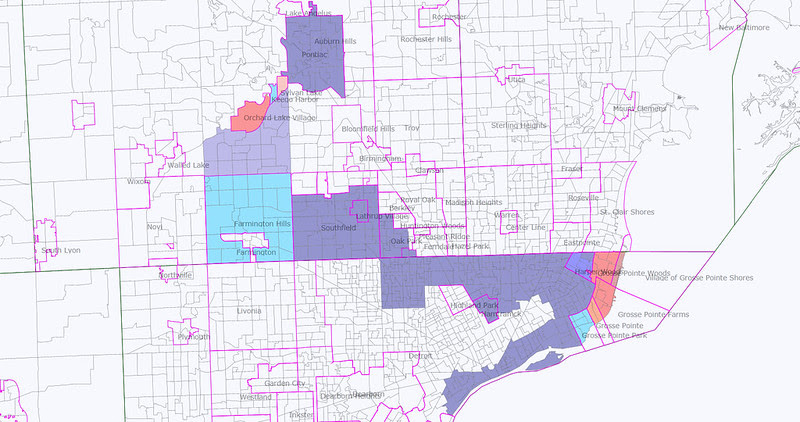 Detroit it what it is and even a Brian Banks, Mel Reynolds, or Rod Blagojevich would win this district because of it. The Grosse Pointes are once again screwed by geography. GP Park leans democrat with Detroiters moving there, but the others are still solid, for now. Farms and Shores are strongholds. Woods is solid. Grosse Pointe (City) is closer. Harper Woods used to be competitive, but it’s now 50/50 black/white and safe dem. Hamtramck is 80%+ Dem every election. Northwest of Detroit is Royal Oak Township. It’s the most democrat part of the state by percentage every election – even more so as Oak Park annexed the “whiter” part of the township. The vote count was 1515 to 5 for Obama. 99.28%. Oak Park and Southfield are 80%+ Dem and  black majority. Southfield almost cracked 90% dem as the white population drops further. Oak Park is slightly less democrat with its Orthodox Jewish minority that will vote for some Republicans. (McCain won a precinct – Romney MIGHT have won that although Oak Park reprecincted since then so we don’t know) . Lathrup Village might as well be Southfield for election purposes.

West of there is Farmington Hills. It was competitive up through 2002. A lot of the old Reagan coalition there moved west. Rocky Raczkowski was the last Republican to win there for state rep. A lot of Southfield moved there. Romney improved on McCain, but only won two precincts here. North of there is West Bloomfield. It’s safe democrat as well at the top of the ticket, but sometimes winnable downticket with the right candidate. It’s largely Jewish, but there’s also sizable Chaldean, Asian, Polish, and black populations. It’s been consistently (outside of 08) 55-56% Dem.

Keego Harbor, Orchard Lake, and Sylvan Lake are there as bridges between West Bloomfield and Pontiac. Orchard Lake is safe R, Sylvan Lake leans R, and Keego Harbor leans D. They are small areas that don’t significantly affect the district. Pontiac is a democrat stronghold and always has been. It’s mostly black, but has significant Latin American and poor white populations. All go dem. It was 80% dem, and now is almost 90% dem.

Overall, the big key here will be the primary and the regional vote. Hansen Clark did not have a united Detroit. He won it, but Lawrence, Peters, and others got their share of votes there. Peters won in Southfield and Pontiac, which are more open to voting for whites than much of Detroit (outside Downtown, SW, and Far West side). I expect a very large primary for this district with Peters running for Senate.